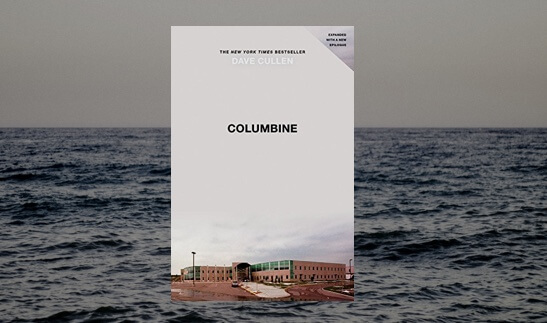 As an underclassman in high school, I vividly remember guest speakers from Rachel’s Challenge coming to give a presentation in my school’s gym. Rachel Scott was the first person killed during the Columbine High School massacre that took place back in 1999. Her father, Darrell Scott, “established Rachel’s Challenge to perpetuate his daughter’s example and the two-page ‘Code of Ethics’ she wrote a month before her death at the hands of the perpetrators of the Columbine High School shooting.” At the core of Rachel’s message was that “Compassion is the greatest form of love humans have to offer.”

We were prepped for it the weeks preceding the assembly, with our teachers letting us know the importance of standing up against bullying. Each week, during the sub-30 minutes of homeroom we had, we were given lessons on what it meant to be a bystander, a passive/active bully, and a victim. During the presentation, the speaker, who knew Rachel Scott’s family directly, wanted the audience to reflect on the relationships with the people around us. He hoped that by hearing Rachel’s story, it would provide the impetus to spark change in us and influence us to start a chain reaction of kindness and compassion, which would in turn improve the school climate.

At the end of the assembly, I remember exactly how I felt. The videos that we were shown and the powerful speech we were given on how much of a difference we would make if we became more compassionate resonated with a lot of the students in the field house - me included. I know I teared up, because it made me take a step back and re-evaluate how I treated my friends, my classmates, and my family.

Fast forward to 2017, more than 5 years later, I catch myself reading a copy of Columbine by Dave Cullen. I had heard so many bits and pieces of what happened at Columbine, but was never really able to pinpoint what happened because I never read a book or educated myself on the topic. I think part of the reason why I chose to isolate myself from learning more about the topic was because it was so foreign to me; for most of my life, I’d been sheltered from stories of gun violence and mass murder, and hearing stories about the latest shooting at a local middle or high school would trigger the same reaction each time — an uneasy acknowledgement that it happened. However, having the opportunity to learn about these shooters, their motives, and what actually happened was profound and poignant. But what was most devastating was learning about Columbine’s aftermath.

The goal of this post is not to instigate a debate between advocating for gun control or mental health awareness, but to reflect on the compassion and humanity that each of us can share when interacting with others.

Instead of continuing to fear and hate those who caused the massacre, most of the survivors and the people who were close to those who were affected stood in solidarity, showing compassion to the shooters in spite of the suffering and grief they had caused. To be shot and nearly killed, yet to still forgive is divine.

“Anger? I’m done. The more I started to develop my own identity, the more I let go… I found something that I’m good at and gives me satisfaction and connects me to people in horrible circumstances who rise above them.”
–Val Shnurr, Columbine Survivor

Most of my life, I’d been struggling with forgiveness. Holding grudges against other people was easy for me, yet I rarely stopped to ask myself why. I guess, for me, that choosing not to forgive seemed valiant in my eyes, that I desperately wanted to present myself as the wrongly incriminated good guy, that I could present no fault of my own. When I look back on the mass of the unforgiven in my life, I realize I was partially at fault in each circumstance, due to my stubbornness and unwillingness to admit my faults.

For some of the older grudges I held, sometimes I try hard to remember why I was angry in the first place and struggle to come up with a reason. Other times, I’ll remember the reason why I was angry and just laugh at how immature I was. The time and distance has caused a lot of the animosity to dissipate, and I realize that I’ve since relinquished a lot of the rage and resentment I’ve directed towards the people and events I used to hate. I realize that focusing on myself and blaming others less has given me more satisfaction; taking responsibility for my own actions and their consequences has made me more conscious of my choices and more confident in my decisions.

Here are some other books I’ve read: